These were lines in Michael Jackson’s Black or White, a song that tackles racism and how it affects humanity. If there are two things I share in common with MJ, it would be his love for God and his eagerness to know people from all walks of life.Being an expatriate, I had my share of unpleasant treatments but those are minimal compared to the hearty welcome I get from other nationals. As I wrote some weeks back, what you do is something that your kids will pick up and imitate. If you show respect and kindness, your kids would surely follow. I not only tell my kids to be nice, I show them how to be nice to others. I’m glad that as early as now, they look beyond skin color. They are not color-blind but they don’t see having light skin greater than being brown.

I took this photo of my older son with his classmates; Austrians, Polnish, Nigerian and/or interracial. This was during their visit at the Schönbrunn zoo to which I went as a guardian along with other parents. I got along well with a Nigerian dad during the trip, aside from him I got lots of Nigerian friends; they are a bunch of the nicest people I know.

Being nice is not always easy though. At times, I feel the same way as the psalmist A’saph did. “For I became envious of the boasters, [When] I would see the very peace of wicked people.” (Psalms 73:3) I see some being happy and peaceful with their attitude – their spouting racial slurs against others. It’s as though doing such gives them a sense of enjoyment while I feel bad that I don’t enjoy it with them. It is certainly easier to be wicked than righteous.

At one point, I boarded a bus along with my two boys and there stood a kid with her mom. (I can’t be sure but judging from their features they must be from Western Europe.)  We sat on the nearest spot by the door, which is just by the open area where the mom and the kid stood. The kid kept looking at us perhaps trying to figure out what our nationality is. Since both boys got their chinky eyes from their grandpa (from Singapore), they are mostly thought of as either Japanese or Chinese. The kid gestured slanting eyes. I ignored her and my kids not knowing what it meant didn’t bother. I don’t take offense for that. For once or twice; it’s fine but it got annoying…nice as I am I looked at the kid warily so she would get the message, I looked at the mom too but she was nonchalant – a perfect example of kids learning from their parents, if the mom think it ok then the kid will think there’s nothing wrong with what she’s doing. Well, it’s that or perhaps the mom doesn’t know what slanting eyes mean and that the kid herself has no idea.  🙁

I make sure my kids meet a lot of interracial children…I bring my daughter along whenever I meet up with my Spanish-speaking friend and her daughter. I met her in German class and we hit it off as I can speak a bit with her in her mother tongue. She is also a foodie, she enjoys the adobo I cook. 😀 Our daughters get along well, we would bring them to the park, we would eat together, The two of them would play while my friend I talk endlessly about taxes, our family, our family back home and most of all, we compare Spanish and Tagalog words. lol.

Daughter and bestfriend with little boy.

My daughter’s closest friend is a 6-year-old who lives 15 minutes from us. I allow her to sleep over only at their place because I trust her parents 100%.  Her mom is Austrian and her dad is Pinoy (which people find amusing as it’s usually an Austrian dad-Pinoy mom tandem)…I don’t easily trust but her dad is one of, if not the most, trustworthy dads out there.

Teaching kids about racial differences means the openness to talk about it. Not talking about racism is the same as you avoiding it. An expert once said that sometimes we think that if we talk about issues of race with our children, we are making them notice race in a way that they did not before…perhaps; but if we talk about it like any other things and positively then they will absorb it that way.
Telling them that what makes a person is the inside and not the outside will make them look at people for who they are. Most importantly, telling them about God’s love for diversity is the same…just like the flowers which were created in different colors, smell and form, we humans have our own beauty and characteristic that sets us apart from others. We are after all created in his likeness, we are of the same mold no matter if we are black, white, yellow, pink or brown.

(My brother and sisters in faith; a diversity of culture from the Philippines, Mexico, Austria, Nigeria, Romania and the US…one Father no matter if our skin colors are brown, black or white).

I think I taught my kids the lesson well when I decided to live a multicultural life. 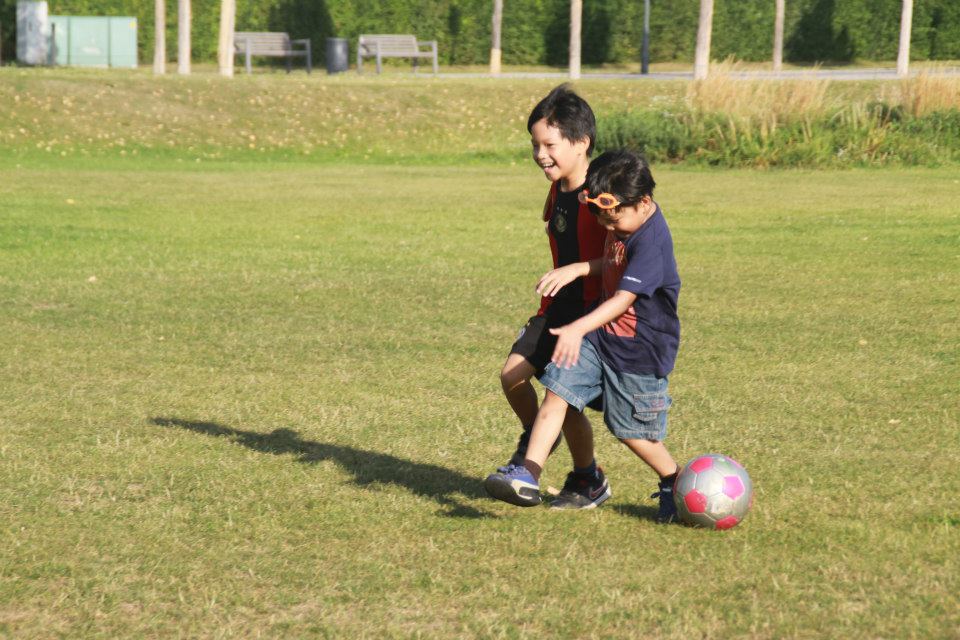 Setting the Time for Everyday Routine for Children
Some More Thoughts 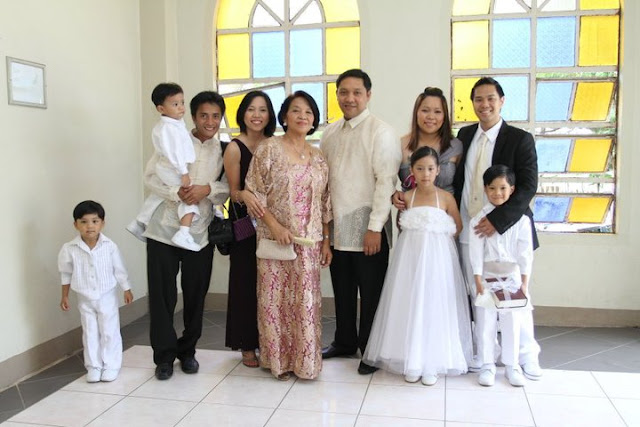