Today is one of those strange days we fondly call “April weather.” Translated loosely as crazy weather…sunny with sudden rain, sometimes snow and everything else unpredictable may fall. Rightly how it was earlier, at first at was cold then sunny, I checked on the weather forecast and it says 13° – wow and last month we already got about 20°! It’s Sunday and Sundays for us mean bible-study day but today is special as we are to attend a special convention and it will be held in the stadium for surely a lot will attend coming from all over Austria.

So we head off and just as we transferred to the next train, it rained! We didn’t have umbrellas or raincoats but good thing the kids were wearing waterproof jackets and dawty her poncho…we hurriedly walk to the stadium and looked for empty seats.

I was right, there were about 45,000 people in attendance. We were able to seat at the upper level and I chose seats quite apart from the rest knowing that my kids would be bored at some point and start talking…The rain stopped after barely 10 minutes but it was really colder than the usual days past.

We were listening to the talk-spiritual food for more or less 3 hours and I am thankful that I didn’t turn back to go home…the rain didn’t bother me. 🙂

The sun was shining and the sky was so blue after the rain.

The next time… we had umbrellas, boys were ecstatic playing on those stone balls by the stadium…little boy is still small to hop on it alone… 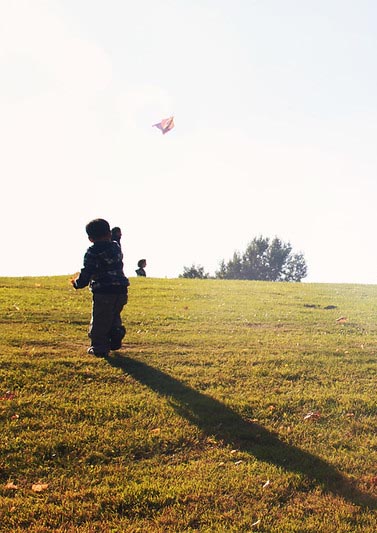 Kite Flying with the Kids
Hunting this Summer? Get an ATV!