Ten days ago, on a lovely afternoon, little boy had an accident at home. He was playing with big bro, running around the house when he slipped and hit his head by the edge of the door jamb. I knew from his cry it is something else, when I saw blood gushing down his eye and cheek, I cried too…My son was wiping away the blood with his hand and said, ‘Mommy, blut!’ (blood). I was so confused and scared like I have never been in my life.

I called hubby instead of the ambulance…he in a calm voice told me to call them, I had to ask my daughter what the number is and she promptly replied, “144 Mommy!”

I called the ambulance service and was I thankful they came less than 10 minutes later with a really big first-aid kit bag! They checked on baby boy’s head and gauzed it. We were then escorted to the van which took us to the nearest hospital, the same one where I gave birth to the little boy.

I thank the attendants for being really nice and accomodating, they make the patients and companions at ease well. They even let my older son alarm the siren (daughter was left with the neighbor’s care).

We arrived at the hospital’s emergency room about 30 minutes later.

Little boy was examined, a few of his hair shaved, I saw that his wound was about an inch…the nurse cleaned it and said it will not be stitched since it isnt too deep, I let out a sigh of relief. The nurse took out a glue and put it on baby boy’s head and held it for a few seconds so the skin sticks together and then placed plasters on it and gauze. (Above photo is when we left the hospital). We went to the x-ray room and I was glad everything inside his head is good! =D

For 10 days, little boy’s head would be like this, without his hair getting cleaned, glad that his hair is like mine (shiny and silky, pwede sa commercial! lol)
We were always together the past 10 days, he doesn’t need to attend the kindergarten because of his condition so we were out everytime, eating, playing, sightseeing and all! I can say that he did enjoy it a lot! Agree? 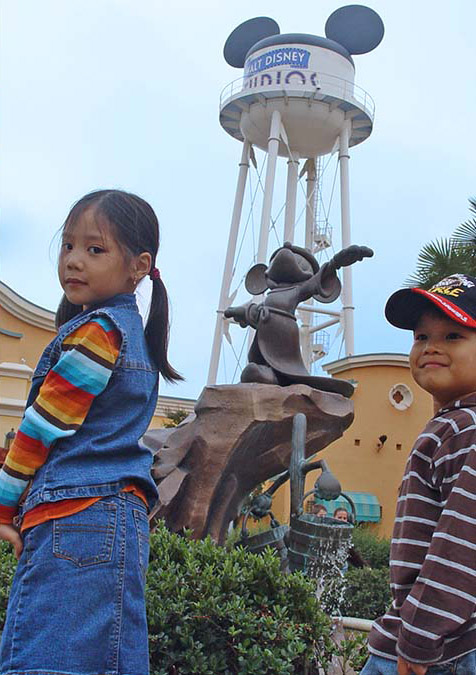