It has been a year and 3 months since my dad passed away. There was not a single day that I don’t remember…..At times, I would wake up with tears and almost choking because of a dream about him. The dreams were almost always similar…that he was alive although sick but I was there…telling him to take his meds or be careful with the things he is doing. It must be my subconscious being guilty for not being there during the remaining days of  his life. Not being able to take care of him nor comfort him through his pain. It’s too late now, but what ifs are inevitable…what if I had known then of a liver and colon cleanse that really works…then I surely would have recommended dad to do it…What if it was able to help him…then he might still be alive today.

One of my earliest post in this blog is about death….I just wrote it out of whim not thinking of a particular someone.  It feels so different reading this again compared back then without the hurt I feel now.

Death, perhaps for everyone, is an enigma that’s so hard to accept.

When death strikes, eveyrone in the family, as well as other relatives and friends are often at a loss, mostly asking the question ‘why did this happen?’

The bible urges us to weep with those who weep. Helping a bereaved person calls for compassion, discernment, and much love on one’s part. We should not wait for the bereaved one to come to us. We should not simply say, “If there’s anything I can do . . .”  Find that “anything” , and then take the appropriate initiative.

I have seen people become devastated because of the death of someone they love…though uncalled for, the verses below are comforting words that the bible gives…

“Death is swallowed up forever. Death, where is your victory? Death, where is your sting?”—1 Corinthians 15:54-55
————–
“…the hour is coming in which all those in the memorial tombs will hear his voice and come out. ” -John 5:28-29
————–
This is a wonderful promise that we can be sure of happening…at least for me who firmly believes the bible. Though the resurrection hope raises some questions like “where are the dead?” Are they in heaven living in a peaceful state? If they are, then why would there be a need to resurrect them? Or are they being tormented in a fiery hell?
Let’s look it up soon…
—-
I don’t remember following up the topic nor answering the questions I raised here. My answer remains the same but I will not elaborate it for now. Still, I hold on to that promise…John 5:28 – this I have always written about here a lot of times already. I look forward to that day, to seeing my dad again.
Tweet
Share
Pin
Share
0 Shares 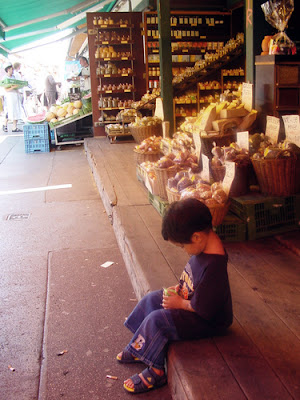 On Dullness, Boredom and being Lazy