What sunshine is to flowers, smiles are to humanity. These are but trifles, to be sure; but, scattered along life’s pathway, the good they do is inconceivable. – Joseph Addison (1672 — 1719)

The other day, my daughter and I were eating lunch out after a trip at the city center. While chatting with her, we heard the sound of a knocked-off glass and liquid spilling on a table. We turned to see what happened and there’s an old man with his tray, almost empty glass and spilled Chai Latte 5 tables away from us.

The people around were looking and the old man was quite confused at what he should do. There were still trays at the table and looking at it, he lost balance putting his tray because it was quite low than usual. I wasn’t sure why but seeing no other soul standing up, I took off; passing by several tables…I put the glass up; took the old man’s tray and transferred it to the table beside his. I told the old man I’ll call someone to wipe off the mess. He was still confused but he thanked me. The people were apathetic, may be a strong word but that’s how I see it.

The old man went back to the counter to buy another glass of Latte. Seeing him holding his tray, I approached him so I could carry it for him to his new table. He smiled and thanked me and said he could manage. He did.

I made sure that I would pass by the old man on our way out the door. I just smiled and he smiled back. It felt good that with even such a small thing I was able to show kindness to someone I don’t know, someone I may not  meet again.

Yet small, I know the ripple such action would make…you see I’m an advocate of the saying kindness is the language which the deaf can hear and the blind can see. Just like the quote above, kindness when given bit by bit is like a sea of lawn daisies, roots extending far beyond and very beautiful to look at.

Macro – snail eyes
Brighten up your life this Autumn! 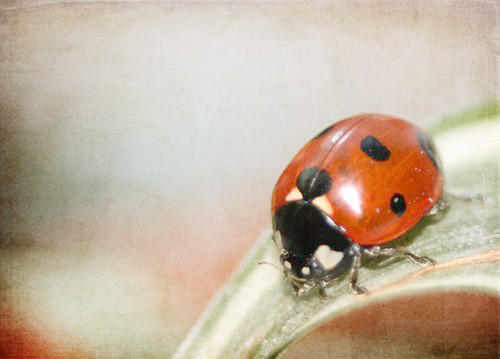