My kids…they get so engaged when there’s something new and techie that piques their interest.

They didn’t even bothered looking at me when I took this shot. What are they so busy about? That was Bolt the movie on my iPhone.
—–
I extended my contract with Tmobile sometime ago and as a reward I could either get a free phone or use my ‘points’ to buy a cellphone for less. I consulted hubby about getting an iPhone, knowing that he would give me a nod, being the Apple fanatic that he is :D. I was surprised when he said I shouldn’t. “It’s just a touchscreen cellphone with a camera and calculator all those things other phones have,” was the reply. I reiterated ‘blah blah’ until he said ‘do as you like.’ Yaay!

So I got the 8gb iPhone 3G for 49euros (yes, cheap!) but didn’t take the 29euro insurance that comes with it. The condition says owner needs to register the phone to their corresponding insurance package within 7 days to ensure repair in case of damage or malfunction, replacement in case of loss (accidental or when stolen).

The hubby was real curious and got into experimental mode the moment I took the phone from the box. He installed a lot of applications (games, videorecorder, and whatnots cydya applications). Next day, the iPhone went kaputt!!! No carrier to connect to…so then I thought I should have gotten the insurance earlier! lol.

Anyway, like all those times when repairing PCs, he restored the phone in less than an hour…and he said he doesn’t need the iPhone yet gave up his simcard for mine! (The plan for the iphone is for my simcard only). So there goes the iPhone I had for just a day or two…its now officially hubby’s toy. 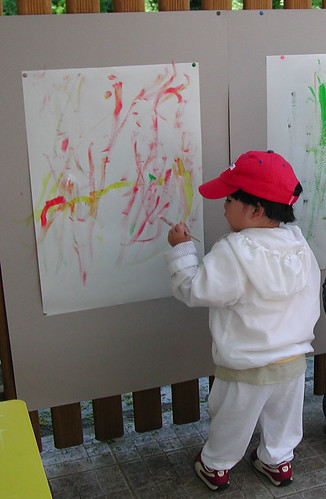 The Left-Handed Artist
For your wedding needs
Litratong Pinoy – Tubig