Motherhood is a complicated and marvelous adventure. Mothers enjoy precious moments that they would not trade for the world. Yet, some at times feel they are on the verge of a breakdown.  A mother’s life can be compared to a hurdle race. And it seems that as time goes by, there are more and higher hurdles.

Mothers may sacrifice free time and much of their social life to make sure that their children are well cared for. “I’m always on call,” is what most would say. “I have traded relaxing baths for quick showers, and romantic dinners for microwavable food. For me there are travels untraveled, places unseen, things undone. But the laundry is done, and it’s folded!” (Hmmm…though I still need to do the ironing, lol).

Of course, most mothers would also speak of the unique moments of joy that they experience as they raise their children. “The occasional smile you get, the sweet ‘Thank you, Mommy,’ and the warm hugs—these are the fuel that keeps you going.” I couldn’t agree more.

A major hurdle that has complicated motherhood is that many are meeting traditional family responsibilities while taking on the demands of a job to help support the family financially. Many of these mothers work on the outside, not out of choice, but out of necessity. They know that if they stayed at home, their families, and especially their children, would go without many things. Their salaries—often lower than those of men doing comparable work—are of great importance.

For example, in São Paulo, Brazil, 42 percent of the work force are women. A newspaper there called mothers who raise children full-time an “endangered species.” In the rurals of Africa, a mother with a bundle of firewood on her head and a child strapped on her back is a common sight.

Adding to the hurdles, the job market may require that mothers put in long hours at work. And the demands may not stop there. When a mom, who lives in Greece, was hired, her employer asked her to sign a document in which she promised that she would not get pregnant for three years. If she did get pregnant, she would have to pay compensation. She signed the document. But about a year and a half later, she got pregnant. Her employer then showed the paper to Maria, who went to court to challenge her company’s policy.

In less extreme cases, employers may pressure mothers to return to work as soon as possible after giving birth. Usually, no reductions in hours are granted after they do return. Thus there is no accommodation for the fact that they now have responsibilities toward a very young child. They are not able to take much time off without financial hardship. Mothers may also have to cope with poor child-care facilities and inadequate state benefits.

On the other hand, some mothers work, not for financial needs, but for self-fulfillment. Some decided to return to work after the birth of their children. A mom recalls that on finding herself suddenly alone at home with a baby, she would “sometimes stand and stare out of the window and wonder what the rest of the world was doing.” And some mothers seek to escape the stress of family life by going to work. Britain’s Daily Telegraph reported: “Some parents seek extra hours in the relative calm of work. This creates a vicious circle, diminishing further the time they spend with increasingly apathetic, aggressive and deviant children.”

Balancing work and home is not easy. Echoing the feelings of many, a mother from the Netherlands said: “Tired, tired, tired. I even wake up tired. When I come home from work, I am overcome with tiredness. The children are already saying, ‘Mom is always tired,’ and that makes me feel guilty. I do not want to miss work, but I also want to be that sociable mother who makes everything possible. But I am not the mirror of perfection I want to be.”

She is one of millions of working mothers who embraced the idea that ‘quality time’ with the children could partly make up for frequent absences—and who have found the idea wanting. Many mothers today say that juggling the stresses of work with the responsibilities of home leaves them overworked, overstrained, and underpaid.

When women spend long hours away from their children, the children do not get what they need most—the time and attention of their mother. Fernanda A. Lima, a child psychologist from Brazil, says that no one can fulfill a mother’s role as well as a mother can. “The first two years in a child’s life are the most critical,” she says. “The child is still too young to understand why the mother is not there.” A substitute figure can alleviate a child’s need for its mother but cannot take her place. “The baby senses that it is not getting its mother’s loving care,” says Lima.

A full-time working mother with a little daughter, said: ‘I felt so terribly guilty, as though I was deserting her [at the nursery]. It’s hard knowing you are missing out on seeing your child grow and develop, and it’s very strange thinking that she is more attached to the nursery than to you.’ An airline stewardess in Mexico admitted: “After some time, your child does not recognize you, he does not respect you simply because you are not rearing him. They know that you are their mother, but suddenly, they prefer to be with the woman that takes care of them.”

On the other hand, full-time mothers who stay at home to look after their children say that they have to endure being patronized and downgraded by a society geared to glorifying paid work. In some societies being a housewife is no longer considered an honorable position, so women are pressured to have their own career, even if the extra income is not necessary.

Adding to the hurdles of motherhood is this fact: Tired from a full day’s work, a mother comes home, not to rest, but to continue with the regular household chores. Mothers, whether they work secularly or not, are often still seen as the main ones responsible for caring for the house and the children.

While a growing number of mothers work longer hours, fathers do not always compensate. The Sunday Times of London wrote: “Britain is a nation of absent fathers, according to new research showing that men spend as little as 15 minutes a day with their children. . . . Many men do not take much pleasure in spending time with their families. . . . By comparison, the British professional mother will spend 90 minutes a day with her children.”

Some husbands complain that their wife finds it difficult to delegate tasks because she insists that everything be done exactly the way she is used to doing it. “Otherwise, you do it wrong,” the husbands say. Obviously, in order to benefit from the cooperation of her husband, a tired housewife may have to be willing to make some concessions as to the way certain household tasks are done. On the other hand, the husband should not use that argument as an excuse to do nothing.

Deeply rooted traditions may also add hurdles. In Japan mothers are expected to raise children who are similar to those in their age group. If other children are taking piano or painting lessons, a mother feels compelled to have her children do the same. Schools pressure parents to have their children join in the same extracurricular activities as the other children. Being different can lead to harassment from children, teachers, other parents, and relatives. The same is true in other lands.

Advertising and consumerism can make children demanding. In developed countries mothers may feel that they should provide what their children want because they see other mothers providing those things. If they cannot, they may feel that they have failed.

This discussion of modern motherhood should not obscure the feat of millions of hardworking, self-sacrificing mothers who do their best to fulfill one of the noblest causes—that of raising the future generations of the human family. This is a privilege. The Bible says: “Look! Sons are an inheritance from Jehovah; the fruitage of the belly is a reward.” (Psalm 127:3) “Despite the challenges, motherhood has its unrivaled joys. It gives us mothers a sense of satisfaction when we see our children respond to the training and discipline given and become responsible members of society.”

Kudos to all moms out there! 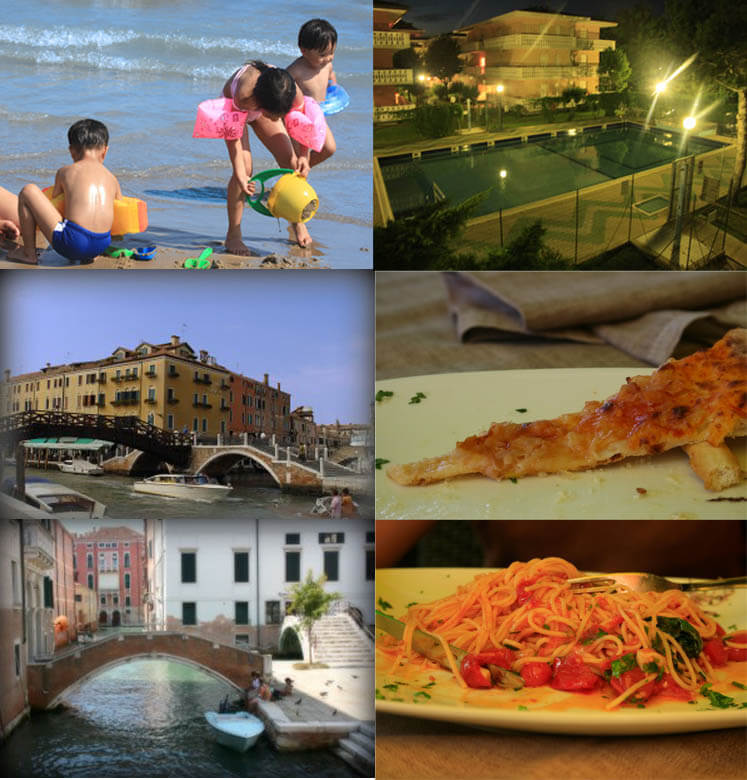 Dress me up Baby!