A week after the bigger fishes died, we bought a new set of Malawi cichlids…2 yellow and 2 yellow-orange(?), all an-inch in size. We also bought another Sailin catfish, but a smaller Plecostomus…from then until now, we were never able to raise a Pleco, they die maximum 5 days in the tank, except for the one that we have now (pictures and details later), it was given to us so in its current size so I can’t really say that we raised it.

We also bought three puffer fishes. In this video, one has died already because of some white infection stuck to its skin, you can hear (then 2 year-old) Charlie telling his Daddy repeatedly: ‘Patay na kugel(fisch)!’ (german for puffer fish). Another one is being quarantined which also died later on after being squeezed by Charlie…lol. There are 5 malawis in this video, the smallest is a fry from the previous batch.You’ll also see spongebob! There are plastic and authentic plants now and a heater too!

Sad as it may, the fishes died again, one after the other. Only one of the malawis remained in the tank were we used to quarantine the fishes (10x10cm tank). We had it later sold in ebay, a complete set with fish and stone backdrop. For 40 euros ain’t bad hah!

Photo to be provided as soon as found.) lol. 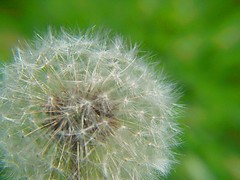 A Photo each Day – Macro