The kids and I used to spend our free time at this playground. I would read a book and later take photos while they enjoy the slide, and everything in the swing set.

I once wrote that boredom is not in the dictionary of Viennese children. Child-development and well-being is very much a key concern in this city. Aside from lots of art, music, dance and sports development programs, play is an everyday routine. The city sees to it that every neighborhood has a play area. At times…more than one. In our area alone, there is a playground just a minute’s walk from the door of the building. Another is on the opposite side where we just cross the pedestrian lane (that’s where the photos were taken). Walk on the other cluster of buildings and there’d be open grounds, swing sets complete with slides, seesaw, swings and mini-walls to climb on. There’d also be a big sandbox in which sand are replaced on certain periods of the year.

Rides (animals and vehicles) are also prolific, not just in the malls but also on the streets. Also, family fun parks have been sprouting in each district which spells F-U-N for the kids.

Anyway, the swing set was removed and only the sandbox along with the elephant rides were left. This saddened the kids of course, had we a yard to place suchswing sets I’d make sure I’d buy them one, that with just like the photos here, a climbing wall, a rotating seat, slide, swing and bars. These are what makes playing enjoyable after all!

There are construction jobs going on as of press time…particularly on this lot. As mentioned the swing set has been removed a year ago following a toddler’s accident. (It does happen.) For which I wouldn’t know who to blame, the kid for being very active or the mom who didn’t keep a good eye on him.

I saw a water installation in the works but it’s too early to tell if there’s gonna be a pond…I hope not because they’re putting it on the kids’ favorite spot to slide down when the snow gets thick! Should they decide on a pond,  it would surely be lovely in the summer but a nuisance in the winter.

Them enjoying the swing set which will now only be remembered in this photo. 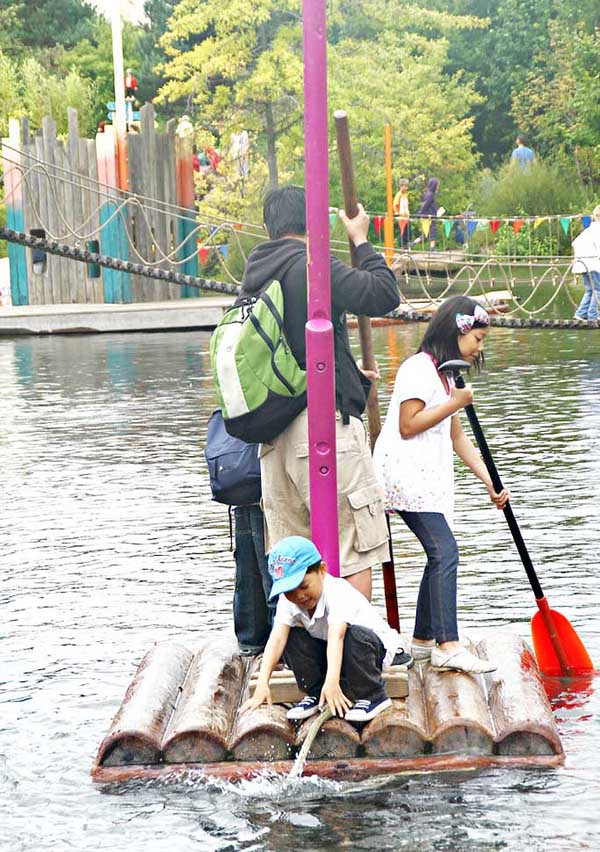