The trailer for the Rurouni Kenshin Live Action Movie is finally out! Takeru Satoh stars as the legendary Hitokiri Battousai, handpicked by the manga creator of Rurouni Kenshin, Nobuhiro Watsuki himself. The film is directed by Keishi Otomo under Warner Brothers.

We’ve first seen Satoh as Kamen Rider Den-O. Of course he has fighting scenes there but much different than Samurai-style so he had to train for the sword fights before filming. I’m sure he’ll deliver well. The trailer has so little to tell so I can’t say much for now. ^_^

Other casts include Yû Aoi (Megumi), Yôsuke Eguchi (Saito), Emi Takei (Kaoru), Munetaka Aoki (Sanosuke) and Taketo Tanaka (Yahiko).  I’m looking forward to seeing who will play Hiko Seijuro and Aoishi Shinomori…especially Aoshi – he better be as good looking as the anime character lol! I doubt if Yukishiro Tomoe will appear in the film since the story is set until the Megumi Arc.

I haven’t finished this write up yet when I learned that Aoshi will be played by Kenichi Matsuyama, the same actor who played Toru Watanabe in Norwegian Wood (few posts below) and L in L Change the World. It cannot be discounted that Rurouni Kenshin or Samurai X is one of our favorite animes so it is sure we will be watching this. Here’s part of the first episode of the anime (in English). We still have until August to refresh ourselves of the story. 😉 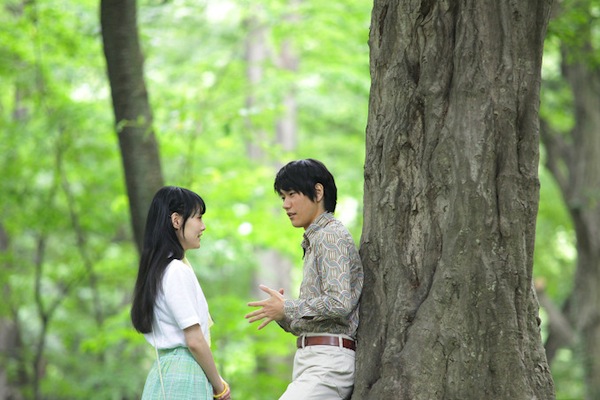