Since Andy Warhol first came onto the scene, New York has continued to be one of the most important centres for art in the world. While it may no longer be quite as ‘out on its own’ as it was in the sixties, New York is still a great place to catch the best in contemporary art. Here are some of the best galleries in the city.

Located in the trendy Chelsea area, the David Zwirner Gallery was established in the 1990s and has since gone on to become one of the best known venues in New York. Occupying the entire ground floor space of several buildings, the David Zwirner Gallery tends to specialise in minimalist art, with Donald Judd and John McCracken just two of the famous names who have exhibited there in recent years. Expect to also see plenty of contemporary photography from Philip-Lorca diCorcia to Thomas Ruff. The David Zwirner is at 525 West 19th Street.

The beauty of this venue is that the actual building itself is a genuine work of art in its own right. Indeed, you may find yourself spending much of your time admiring the outside. Once inside you can expect to see plenty of work from up and coming artists such as Cory Archangel, Urs Fischer and Elizabeth Peyton while there is often the odd show from more established artists such as Jeff Koons. The museum is situated at 235 Bowery and is open from Wednesday to Sunday. Admission alas is not free but payment by credit card is accepted.

Located just a stone’s throw from the museum of Contemporary Art is the excellent Sperone Westwater Gallery. Covering some eight massive floors of gallery space, the Sperone Westwater was designed by Norman Foster and generally dedicates its walls to a range of art genres from Renaissance to Minimalism and from Abstract Expressionism to contemporary installations. Situated at 257 Bowery, the Sperone is open from Tuesday through to Saturday.

While the famous area of Soho is not quite as relevant as it once was it still retains a number of vital exhibition spaces. Perhaps the finest of these is the excellent Drawing Center which, as the name suggests, focuses on the art of drawing. With recent exhibitions from giants such as Gerhard Richter and Leon Golub, the venue is no less keen to throw in the odd show from more obscure artists such as the conceptual artists Matt Mullican and Liam Gillick. While at present the space is relatively small, plans are being made to extend the venue to include the second floor. The centre is located at 35 Wooster Street and is open from Wednesday to Sunday.

If your taste is not limited to one particular genre then definitely the place to go is the aptly named Art in General gallery. Located in the west end of Chinatown — obviously worth a visit in itself — the Art in General gallery is renowned for its penchant for Eastern European artists. With a general focus placed on themes such as ecology and politics, the artwork here tends to be far less commercial than some of its competitors. The work is often ephemeral, employs the cutting edge of new medias and accentuates the role of the public in the exhibition of artworks. The gallery is situated at 79 Walker Street and is open from Tuesday to Saturday.

This article was contributed by Lloyd, a freelance travel writer and blogger, who is currently producing articles for SO Switch.

Paolo da San Lorenzo
Gustav Klimt and Others @ the Belvedere 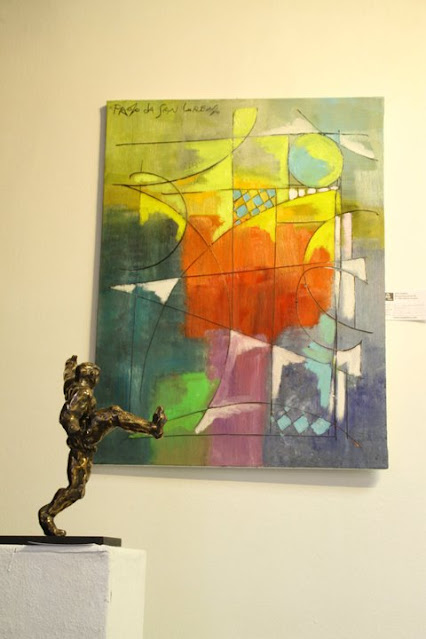