“Sons are an inheritance from Jehovah. The fruitage of the belly is a reward.” -Psalms 127:3
Having 3 kids at my age, stirs different reactions among friends and people I see everyday on the way to school, to the grocery, in the bus, the tram or the underground.
Friends back home think its cool that they’d grow up not far from my age and we’d be like barkadas. Them growing up with no big age gaps is also a good thing, they say. I often get comments like: “Buti ka pa 3 na anak mo, ako kahit isa wala pa!.”
I have an older neighbor (Austrian) whose age I’m guessing, is around 68-73. She has a cane to help balance her walking and everytime she sees me with Daniel (youngest, 18months), she suddenly becomes energetic as though nothing is wrong with her feet. She would talk to Daniel,who does not respond even with a smile, I guess he hasn’t grasped much of the language yet (German). Still, the old woman would talk to him as though he understands.
From one of her stories she told me, she was able to conceive but miscarried all…she was almost crying when she said: “Why is it sometimes, those who wanted to have babies didn’t get them, while those who does not want them, gets them?” For her, and my friends, I am blessed to have 3 kids even at a young age.
Others have the opposite reaction though, especially those pinoys here who would see me with all three wandering about. To them, it’s being irresponsible since I got no one else to help me but my husband in taking care of the kids. They would comment: “Ang hirap naman nyan, 3 bata.”

A lesson from the flowers of the field 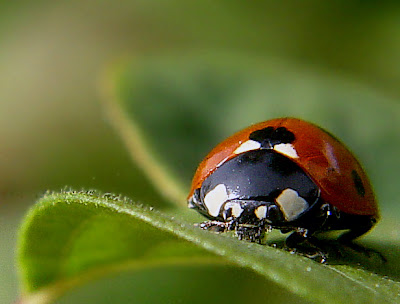 On Being Plain
How do I fare as a mom?